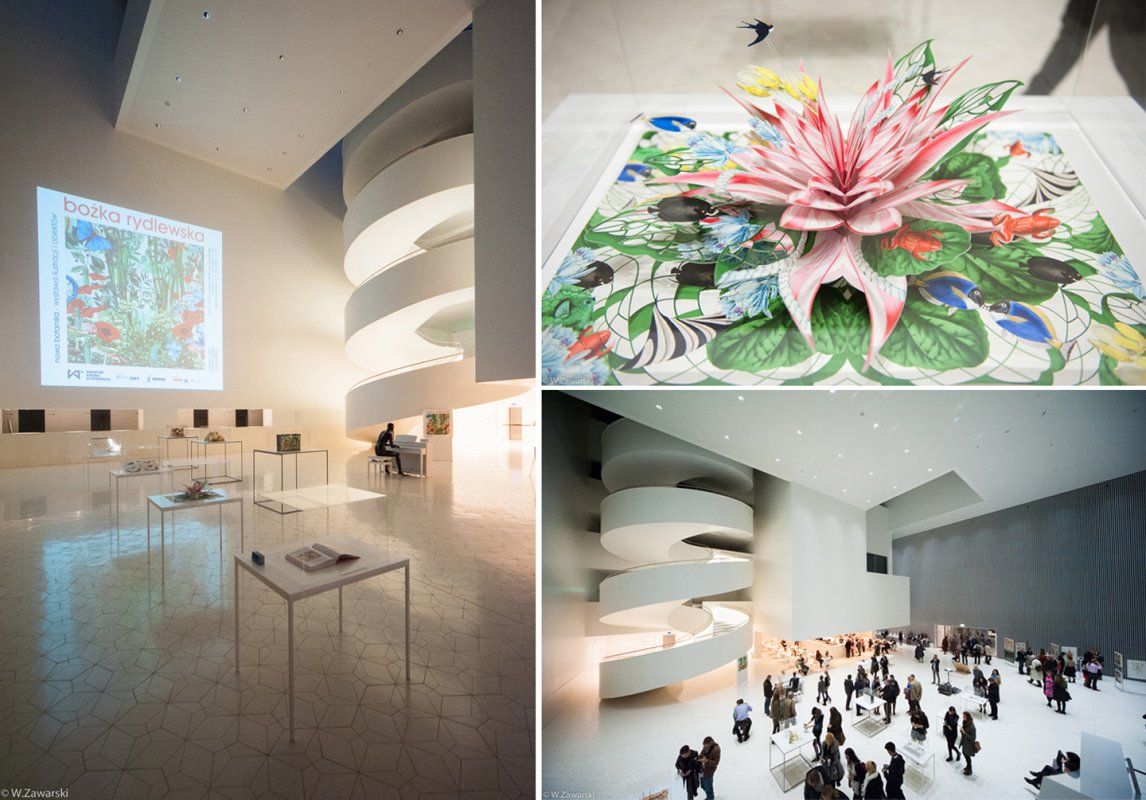 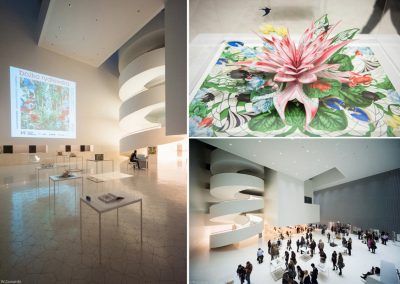 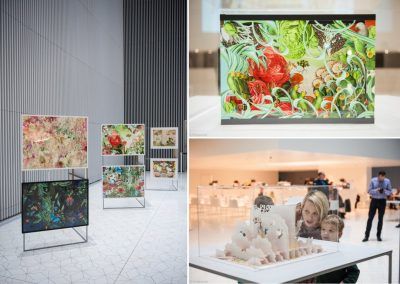 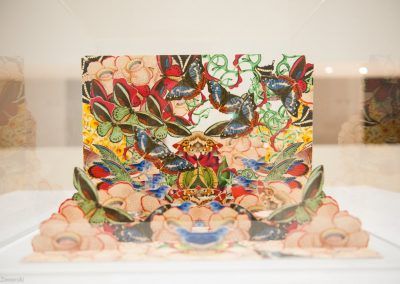 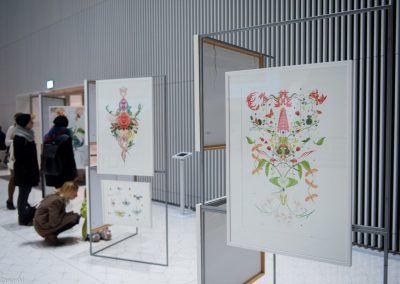 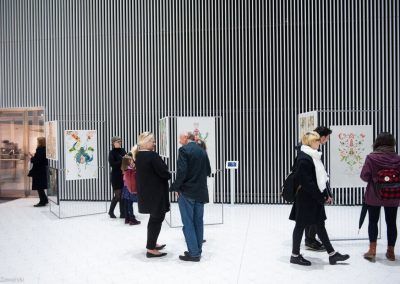 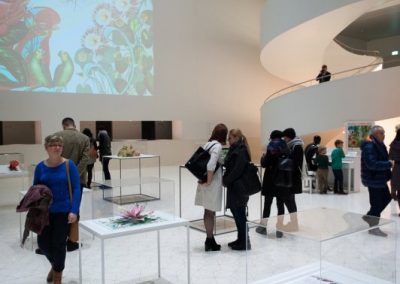 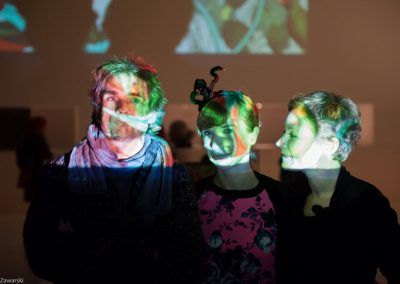 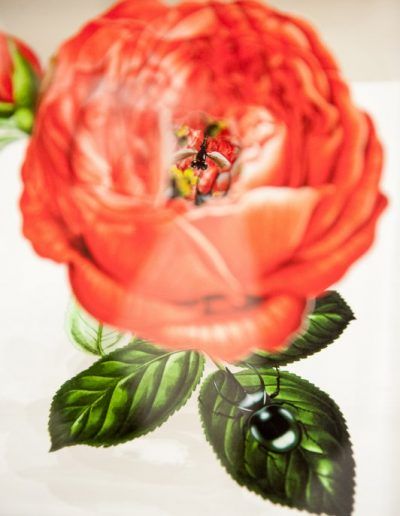 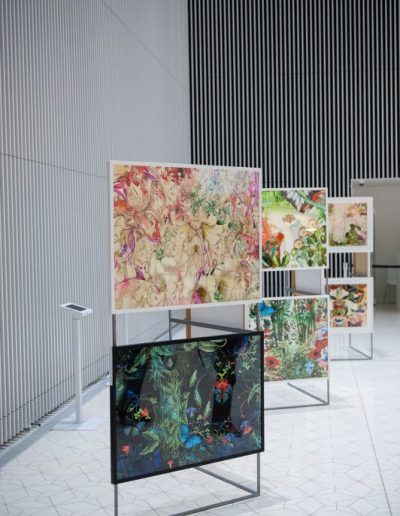 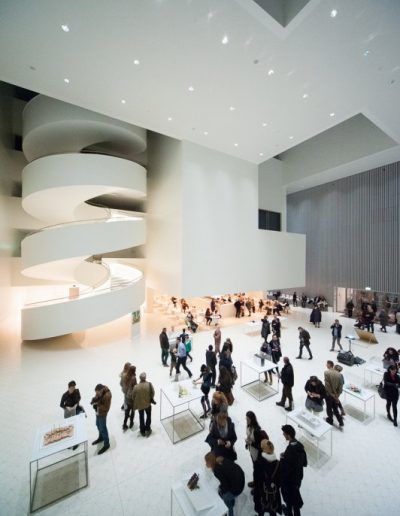 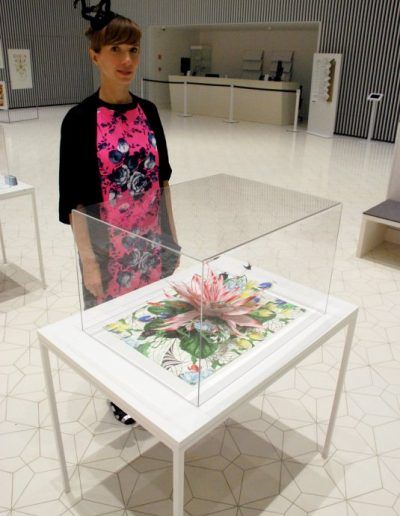 Here are some photos from my most extraordinary exhibition, which took place in Szczecin. I am very grateful to the curators from Tokarnia and the Szczecin Philharmonic that my works could be presented in the beautiful interiors of the philharmonic. The new building is amazing – it’s cutting-edge architecture, scale and space give the impression of being inside a spaceship. The Szczecin Philharmonic won the European Union’s architecture prize – the Mies van der Rohe Award 2015.

My works were installed in the huge hall of the building, against the background of perfectly white walls, which caused their intense colors to truly stand out. The minimalistic interior added lightness, air and a magical aura to the show. There was an interesting contrast between the micro and macro worlds – small botanical worlds inside my pop-ups with the oversized architecture. During the opening, the songs and warbles of exotic birds were played from speakers, complementing the mood. The exhibition was an accompanying event to the 9th Westival, Szczecin’s architecture festival.